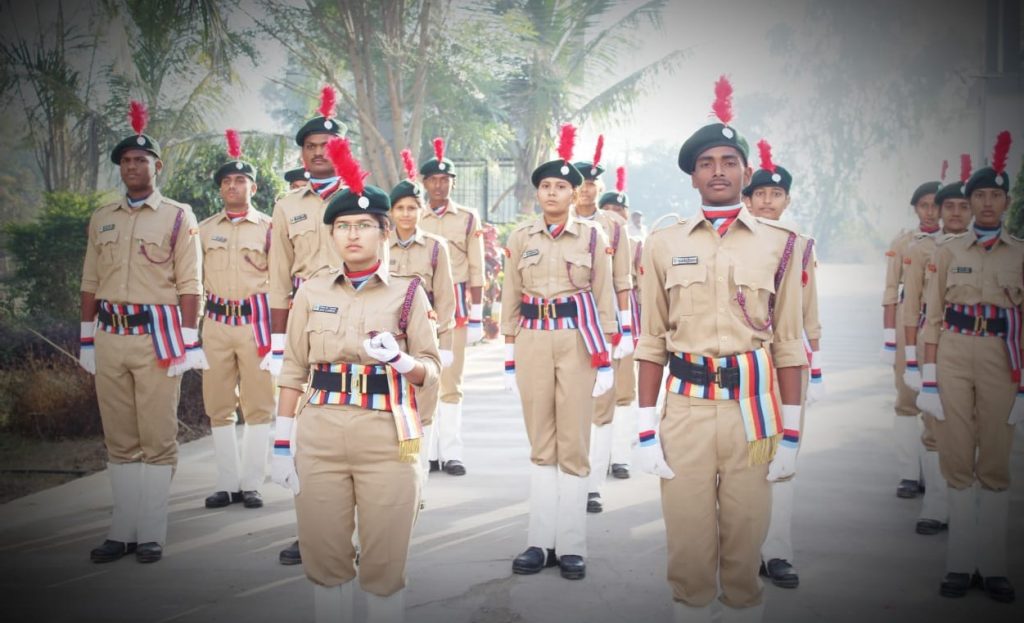 The National Cadet Corps is the youth wing of the Armed Forces with its Headquarters in New Delhi, India. It is available to Schools (Junior Division) and Colleges (Senior Division). National cadet corps is a Tri-Services organization, involving the Army, Navy, and Air Wing, Occupied with preparing the young Students of the nation into restrained and energetic natives. The National Cadet Corps in India is a willful association that volunteers cadets from secondary Schools, Universities, and colleges all over India. NCC of VBKCOE started in August 2019 is been attached to the 13th Maharashtra Battalion Khamgaon with the intake of 22 students which includes 13 girls cadets.

The aim of the NCC is to develop discipline, character, brotherhood, the spirit of adventure, and ideals of selfless service amongst young citizens. Not only these, but it also aims to enlighten leadership qualities among the youth who will serve the Nation regardless of which career they choose. It also motivates the young to choose a career in the armed forces.

In 1954 the existing tricolor flag was introduced. The three colors in the flag depict the three services in the Corps, red for Army, deep blue for Navy and light blue for the Air Force. The letters NCC and the NCC crest in gold in the middle of the flag encircled by a wreath of lotus, give the flag a colorful look and a distinct identity. Each lotus represents one NCC Directorate.